Our Work Here Is Done

January 2020 sees the end of the road for Children Are Butterflies. We have well publicised already the fact that the government is now funding the vast majority of the assistance that we were providing – our news article on the new Children’s Funeral Fund explains all about that. And it is very good news that we are no longer required in the same way that we were.

We knew that the Fund was coming of course, but we had no idea that it would come into being so quickly, and it took us by surprise when it arrived in July 2019. Especially after we had just gratefully accepted a truly heroic fundraising effort by the Rust Bucket Rally. So we found ourselves in the position of either finding a new direction for the charity and it’s fund, offering support in a new way that would be practicable, ethical and viable, or to accept that we were no longer needed (as happens all the time with charities) and close the doors.

We have now taken the decision that our work is done, and that with the new government fund and a change in circumstances for the principal Trustees, the time has come for Children Are Butterflies to close.

We have spent the last few months preparing the charity for closure, it is a very complex process and has come with challenges. We are now finally in a position where the remaining funds are ready to be re-distributed to “compatible” causes, organisations that will put your hard earned fundraising to the best possible use, with donations that will serve as a legacy to the 10 years of Children Are Butterflies.

Below, are our chosen beneficiaries:

We all know about our local Air Ambulances, and we know all about the important emergency missions they fly on a daily basis. But there is another Air Ambulance that we don’t hear so much about. It’s bigger, it’s green and it’s missions, although not as urgent as the regular Air Ambulances, are just as vitally important – it is the Children’s Air Ambulance. It’s run by the same charity that runs our local Warwickshire & Northamptonshire Air Ambulance, but the missions it flies are much longer and run across the length and breadth of the country. This helicopter has 2 pilots up front as the missions are usually many hours, compared to the emergency helicopters whose missions are normally complete within an hour, and carries a team of specialists in the back. Simply put, it is a state of the art airborne extension to pediatric critcal care ward.

This Air Ambulance is bigger because it is used to carry not only child patients (toddlers in the “Pod” you see here and older children on the stretcher), but also their clinical team of up to 3 and very importantly Mum or Dad, between centres of clinical excellence in pediatric care at key sites throughout the UK. For example a child in a provincial hospital may benefit from specialist care at the other end of the country – a journey in a road ambulance that would be tortuous if not dangerous. It could be a journey of many hours reduced to one or two. If the patient is too poorly even to fly, or if they are neo-natal in an incubator, then the Children’s Air Ambulance becomes an emergency vehicle to transport teams of specialist clinicians from wherever they are based direct to the patient’s bedside.

It is the neo-natal patients specifically that we are going to be helping.

The Children’s Air Ambulance is commencing on a project, a very expensive project, to convert existing equipment in the aircraft to carry specially adapted incubators in place of the “Pod” you see here. This will mean that the neo-natal patients will not only receive specialist care at their own hospital, but if necessary can then be transported in an incubator quickly and swiftly, along with their parent and specialists, to a centre of excellence anywhere in the UK. 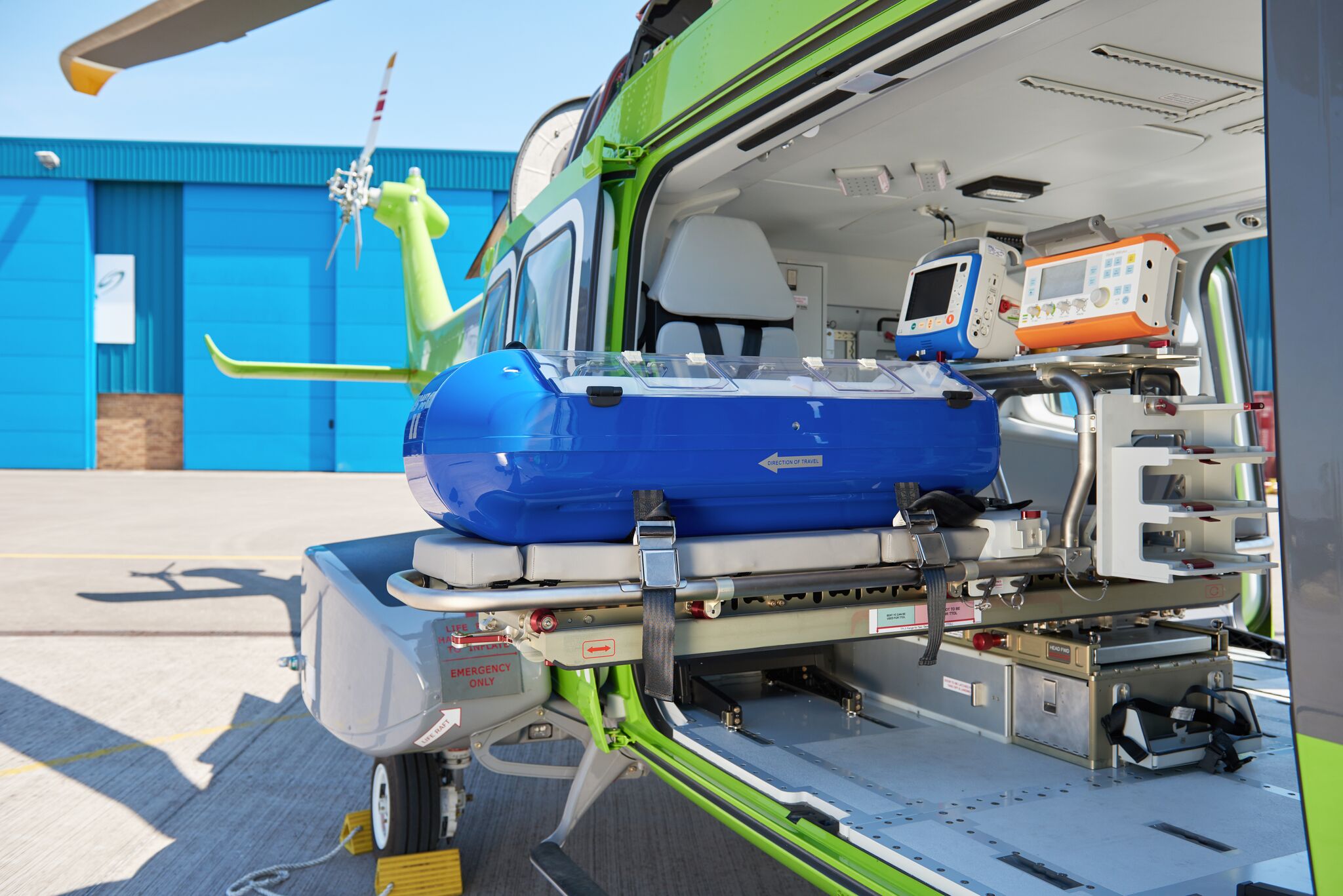 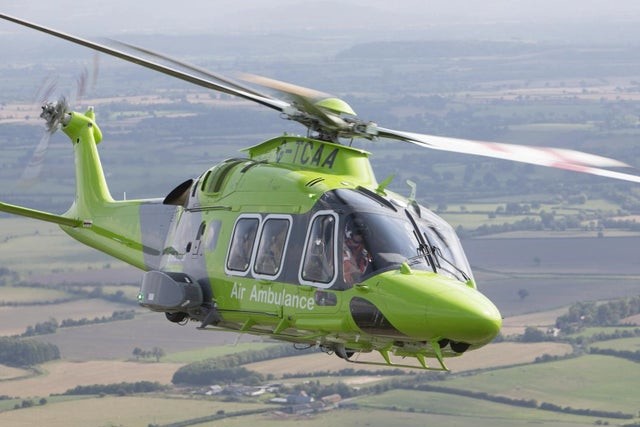 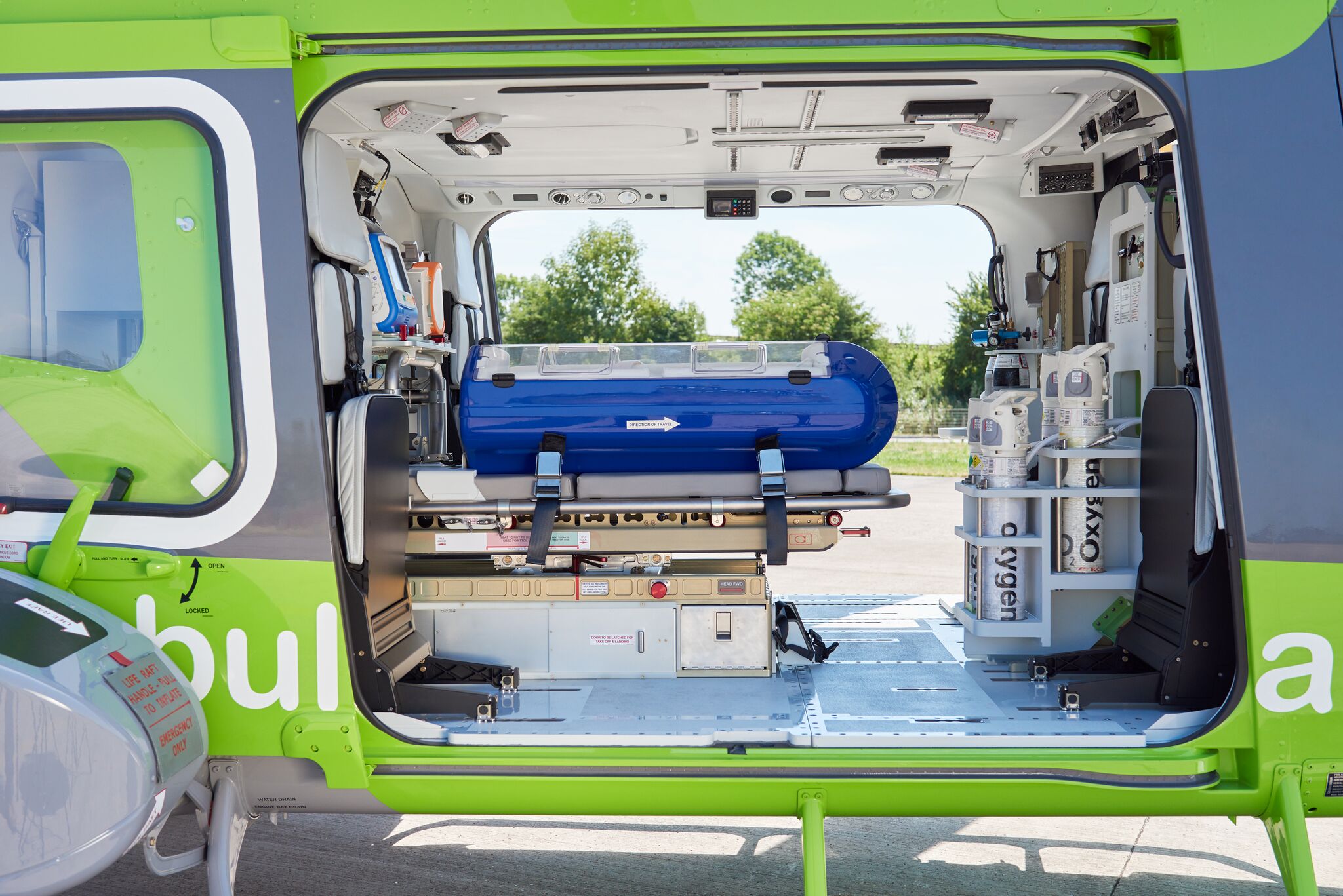 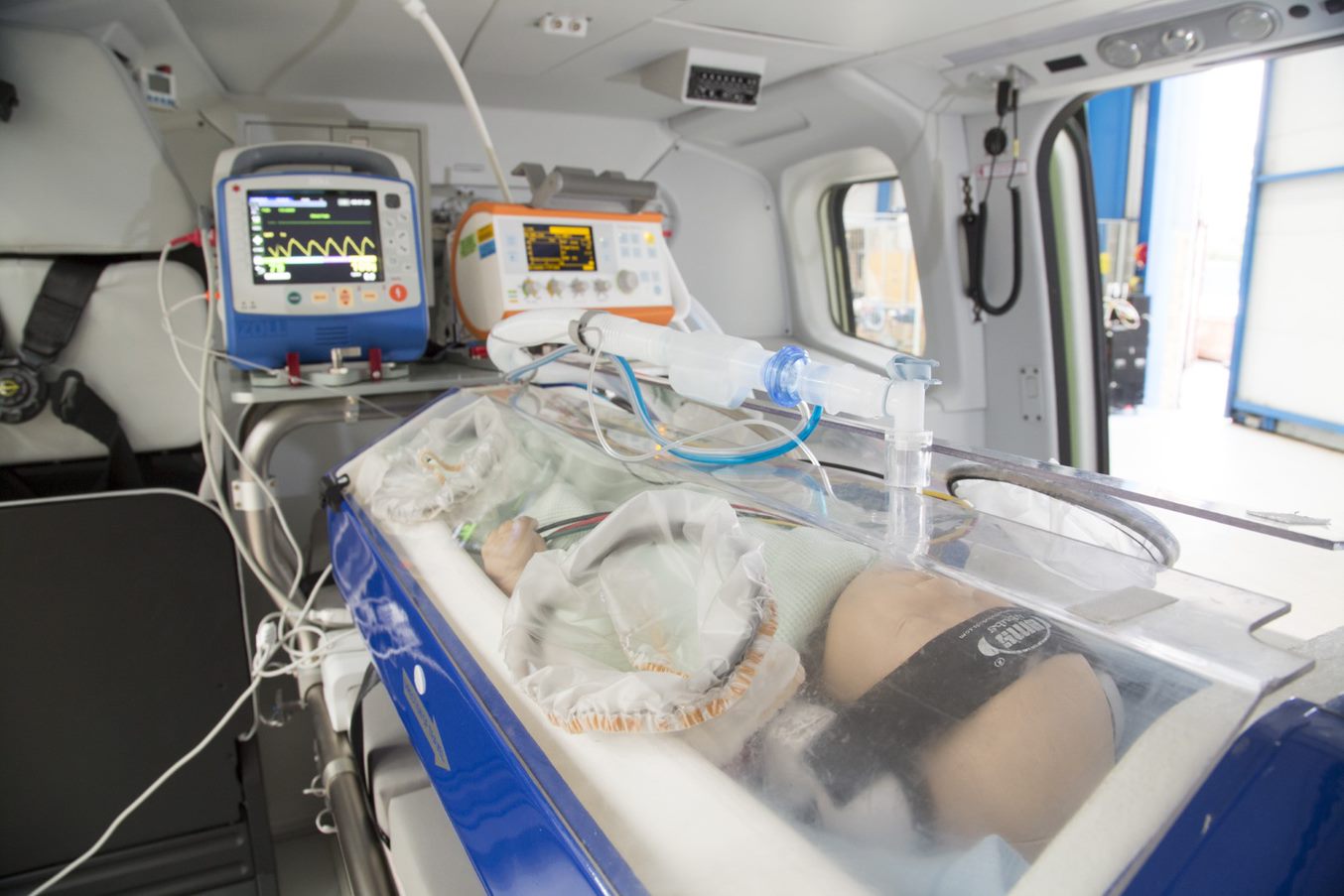 Your money will be reserved wholly for the Children’s Air Ambulance new incubator project, and will not be used elsewhere. In a small way, as part of a huge project, your money will actively save many young lives giving them the care that they need, where it is best provided. That in itself will mean there are families that will not have to suffer the pain of bereavement.

The Cuddle Cots and Blankets that 4Louis provide around the country give parents time. Precious time with child stillborn or who died shortly after birth.

Adapted from the original cold cot, this unit is compact, discrete and designed to fit in to a moses basket to keep the environment homely at such a traumatic time. This specialised piece of equipment is designed to keep a baby cool to allow their family to spend up to but not indefinite 72hours with them.

4Louis have donated over 200 cuddle cots to various units across the UK which have been funded by bereaved families in memory of their little ones.

We are privileged to be able to supply the charity with 5 cots and 2 blankets that will all be permanently dedicated with a plaque to Children Are Butterflies and The Rust Bucket Rally. 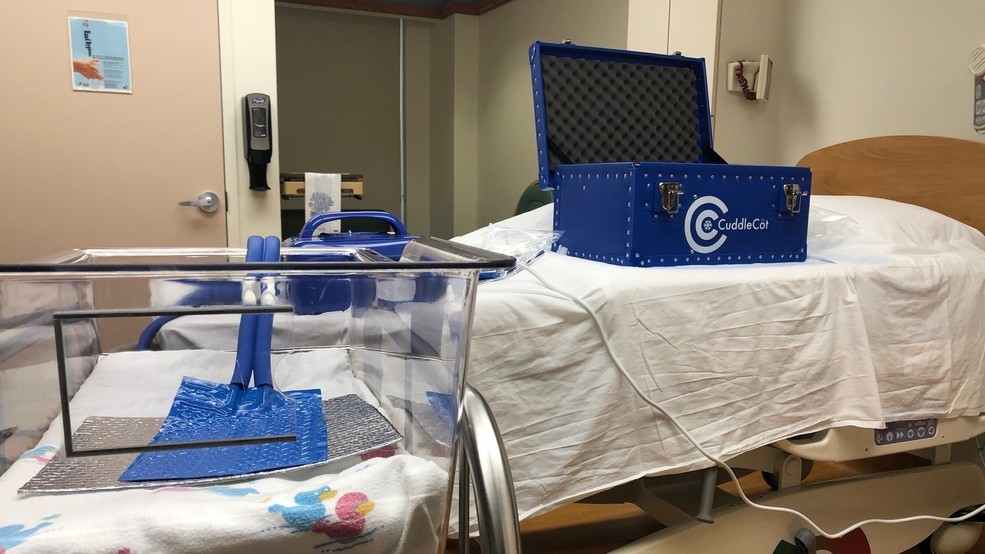 We have been closely associated with the Bodie Hodges Foundation for a number of years, and they have offered great support to a number of our Butterfly families.

We will be funding 150 of their Memory Bags. Each bag is filled with grief resources to help children to understand how they are feeling and to support families to remember and grieve together. Bags are available for ages 3-10, 11-18 and for children and young people with Special Educational Needs and Disabilities of any age.

Your money will provide 150 bags, the equivalent of 2 years supply, and each one will will be dedicated to Children Are Butterflies and The Rust Bucket Rally. 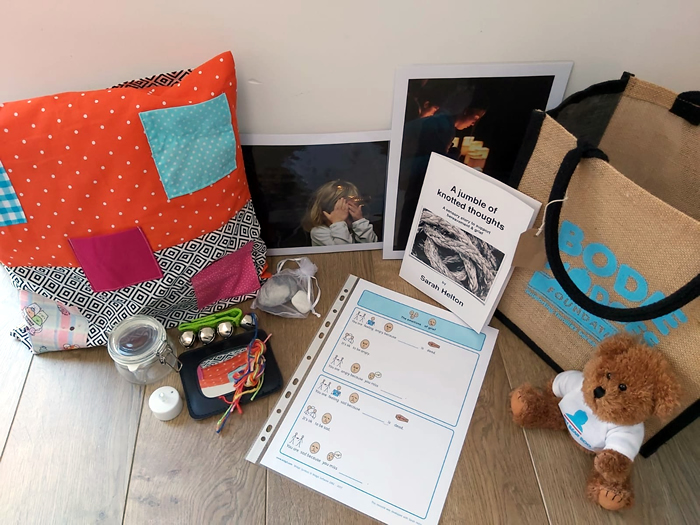 The remaining funds will be split between:

Over the years we became familiar with places that returned time after time with requests for support. Demelza may be very much South East England specific but Children Are Butterflies have provided financial assistance to many of their families.

Demelza provides specialist care and emotional support for children with terminal conditions and their loved ones, so they can enjoy time together as family, for as long as they have.

Child Bereavement UK supports families and educates professionals both when a baby or child of any age dies or is dying, and when a child is facing bereavement. 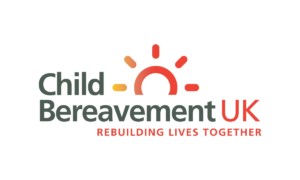 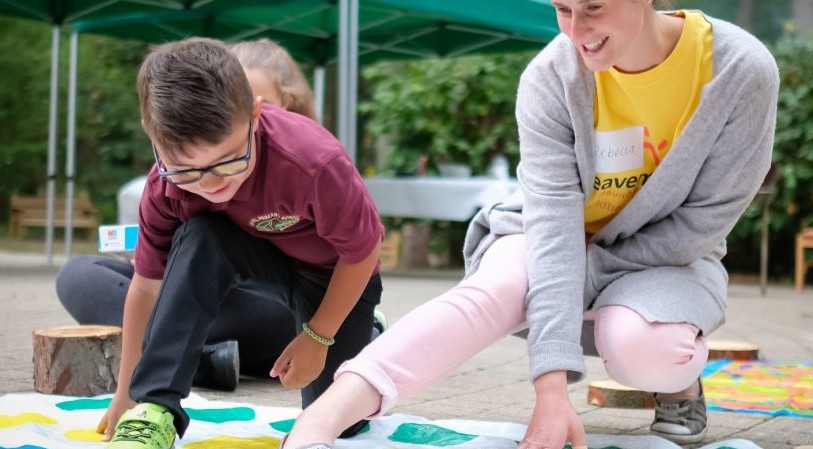 Karen of Alfes Cause has been a great support to Children Are Butterflies over the past couple of years, making sure the kids are suitably entertained with games and fun at our Annual Butterfly Release.

Alfes Cause is a Northamptonshire charity raising awareness of childhood cancer and supporting families whose child has a long term illness (including cancer and heart problems). 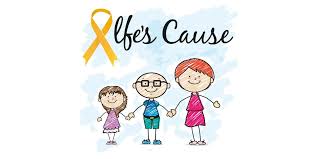